Upon reaching this interaction, the chatbot stops responding to the user allowing the human counterpart to start the conversation.

How to add interaction? 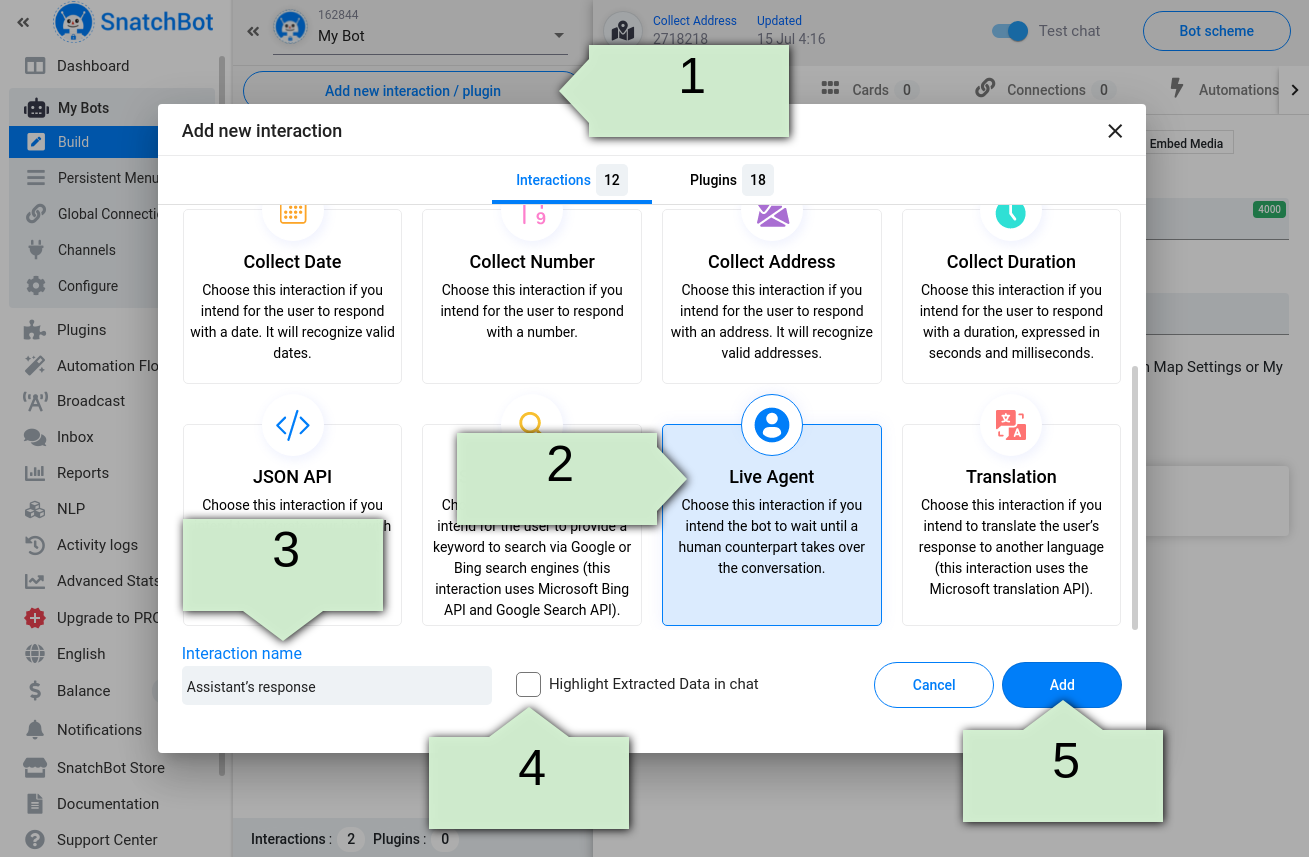 After that, you should specify the Bot’s message (this field is required):

After that, you should specify the conditions following which your bot will invoke the ‘Live Agent’ interaction:

Conditional connections, Fallback connection and Webhooks attributes are not available for the Live Agent interaction.

If a live agent does not respond within X second(s), then the user is redirected to another interaction.

The feature allows you to select whether to ignore global connections or not.
The option applies only to the selected interaction.

Chat with a bot

As soon as the user reaches the ‘Live Agent’ interaction, the bot stops responding to the user and you will get 5 notifications:

Go to the Inbox section where you can contact the user directly:

There are three ways the user can quit the AR interaction and return to talking with the chatbot:

From the chatbar below, you can compose a message and send it to a user. You can add any type of card or add a quick reply.

The Hootsuite integration is available only for Pro bots.
If Hootsuite is connected, then:

Identifies the language of the user’s messages and translates them into another language. (This Interaction uses the Microsoft API translation).