To add a plugin you should create at least one interaction and send the plugin to the SnatchBot team for approval.
Once approved, the plugin is ready to use.

During approval, you can see the status of your plugin in the header of the “Plugin” tab:

When approved by an admin, the plugin will be available to use and will be displayed in the Add new interaction window (for details go to the “Plugin Visibility” section).

To choose a plugin with a certain language you should click on a flag on the required plugin and click “Add”: 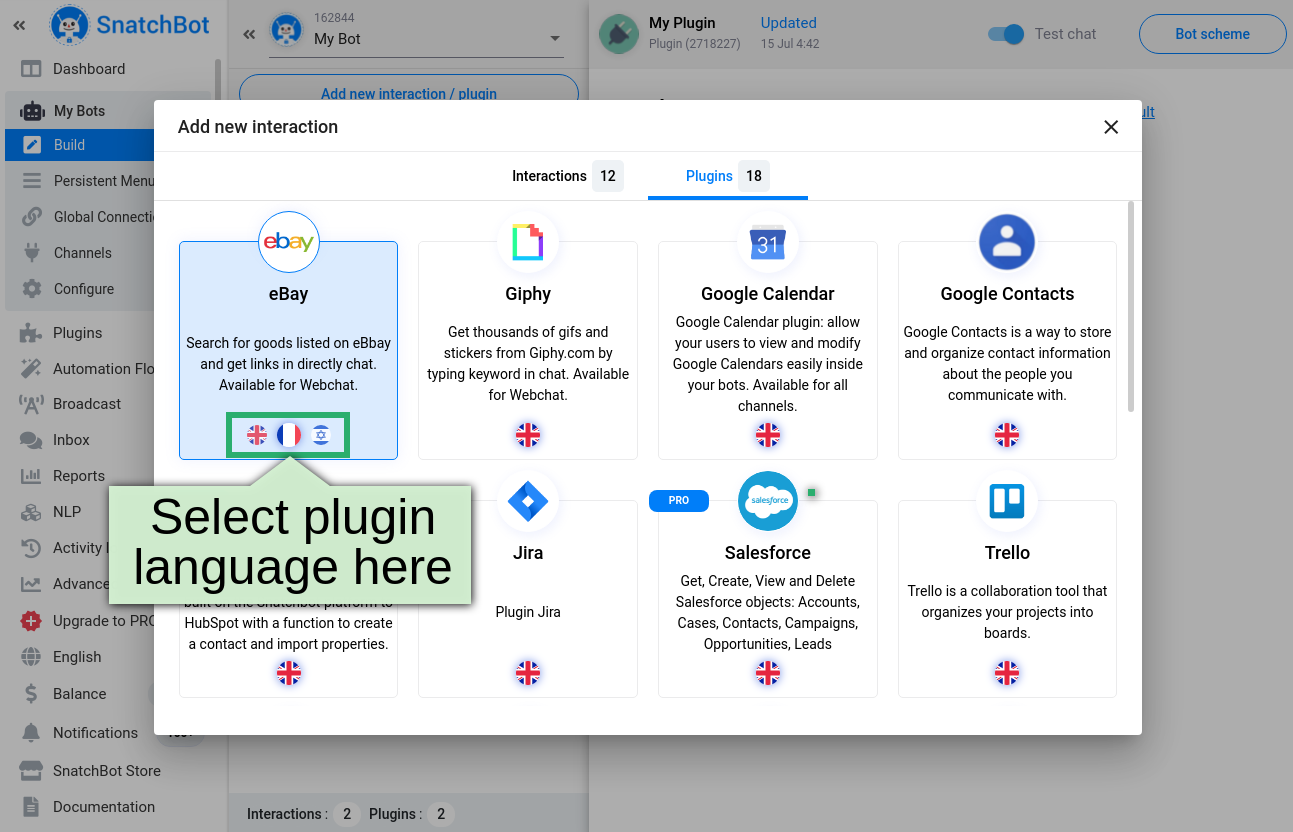 If a plugin creator has made some modifications, the users, who had that plugin added to their bots, will get the notification that the plugin was updated.

Note that the already added plugins won’t update automatically. To update those, the bot owner should click the Update plugin button in the plugin description section.

Once you have made any changes in the published plugin, its status becomes “Draft” automatically. Also, the plugin will be removed from the Manage section in the Admin Panel, but the last published version of the plugin still remains available for the users.

If you delete your plugin, which has been previously approved by the administrator, the plugin will become unavailable for all users.

If you remove any plugin which is already used in the bots, that plugin will remain in the bots it was added to before, and will be totally functional. No matter which plugin is removed: the one created by a user or a system plugin created by an admin.

If the plugin creator removes a plugin, and the user who uses that plugin in their bot clicks the “Reset plugin to default” button, that plugin state will reclaim to the previous approved one which it had before removal.