Once you've created your NLP models , it's really straightforward to apply them to your chatbot's conversations.

You can add NLP connections within a particular interaction or to the entire conversation via Global Connections. 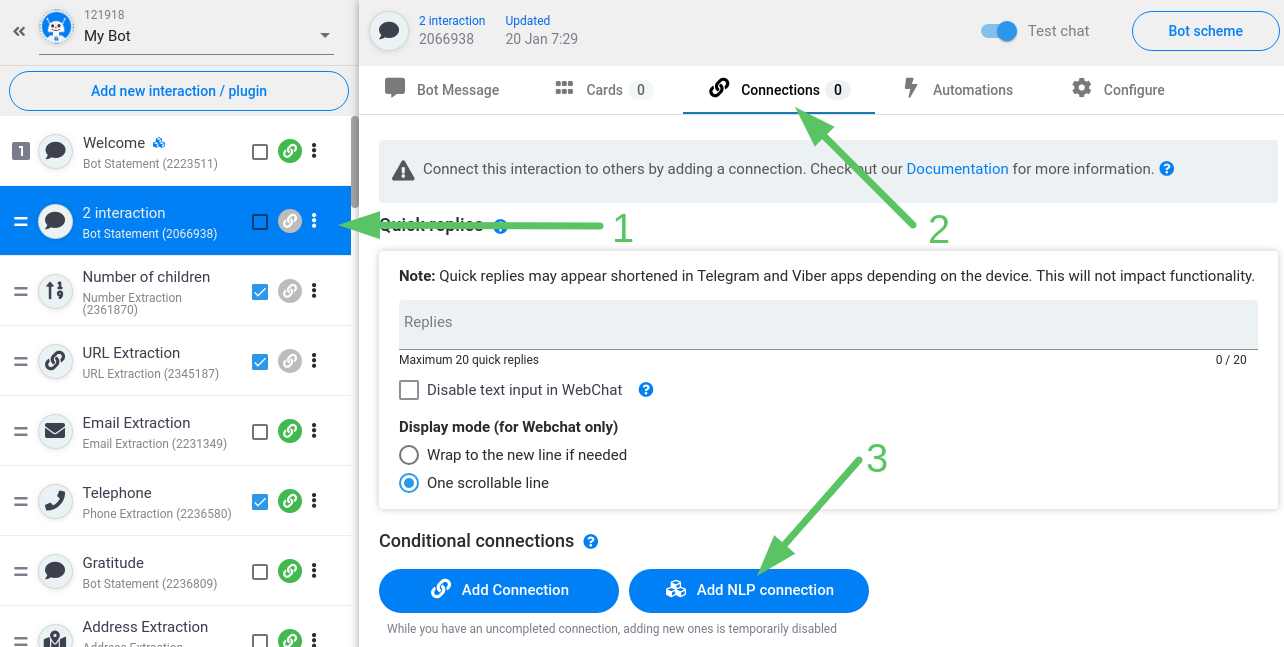 Option 2. Open the Global connections page and click on Add NLP connection to add NLP for the entire conversation:

In the Build section, there are icons that indicate that you are using NLP connections within interaction (in other words, the chatbot will use an NLP model to make a decision about the meaning of the user's response, rather than simply follow a script).

These icons are on the interactions list and within Conditional connections: 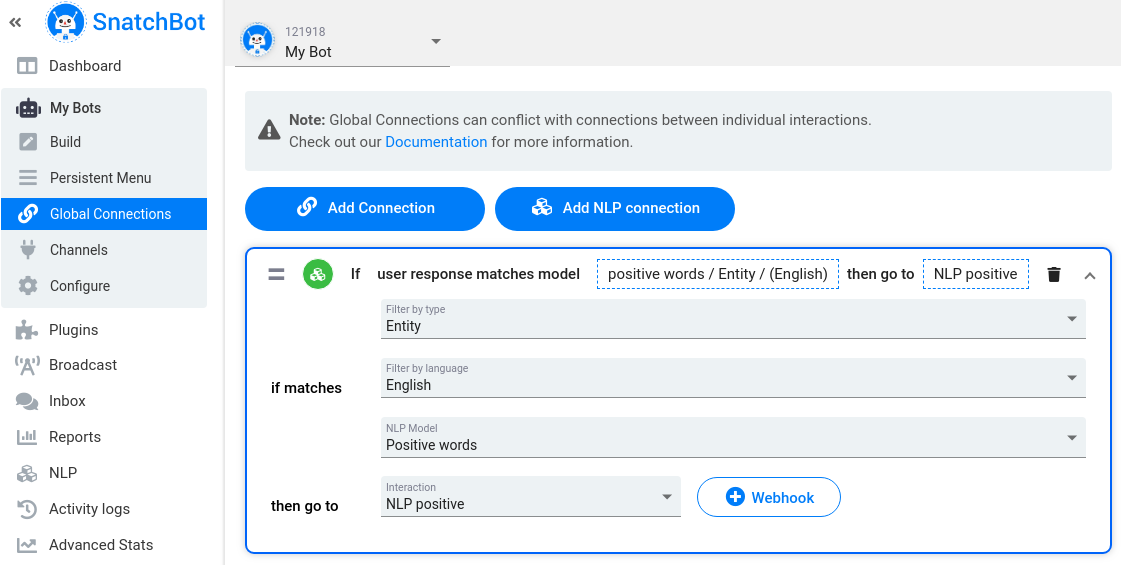 It is a good idea to create interactions that you want to go to before creating the connection. That way, it will appear among the options in the 'then go to' drop-down menu.

Let's take another example, this time applying NLP to individual interaction. In the Build section, click on the interaction that you want to analyze. Open Connections tab and click on the Add NLP connection button. Then it's exactly the same as for Global Connections. You should pick the type of the model (Entity/Intent), language, choose a model from the NLP models that you have trained and select a destination interaction:

In this case, an NLP model for Intent called USA News (designed to show latest news from the US using RSS feed) is applied to the user's answer and if True, the conversation moves to the 'USA News' interaction, overriding the other branches of the conversation.

However, if the model response is 'False', then the system will redirect a user to another interaction, according to the settings in the Connections tab. In our case it would be the Fallback interaction, which is set to "Do nothing".

Here is how it works in Webchat: 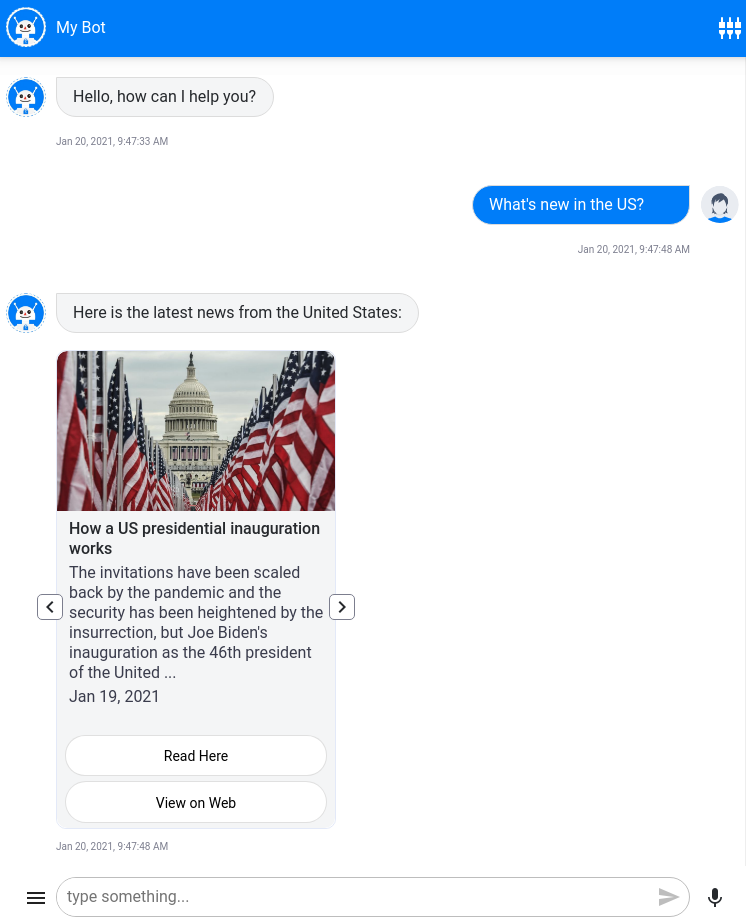 Note that this model is only applied to the user's input to this particular interaction, if you wanted to apply Intent 'USA News' to the whole conversation, you would create a Global Connection.

That's it. Now you know how to apply NLP models, you can do so as much as you need them. You can have as many NLP Connections per interaction as you like. With our platform it really is simple to add powerful NLP features to make your chatbot capable of sophisticated, freeform conversations.

If a bot administrator has no NLP access, then NLP connections will be unavailable for editing. Learn more about Collaboration feature.

In this tutorial we will learn "How to apply NLP models to your chatbot with SnatchBot".

To check your NLP models are working correctly and to understand the points in your conversation structure at which they respond to the user, we have a feature that will present to you an information box each time the NLP model is triggered.