There are two types of plugins: Pro and Free. Pro plugins are available only for the Pro bots.

Pro plugins are marked with the PRO-label in the Add new interaction window: 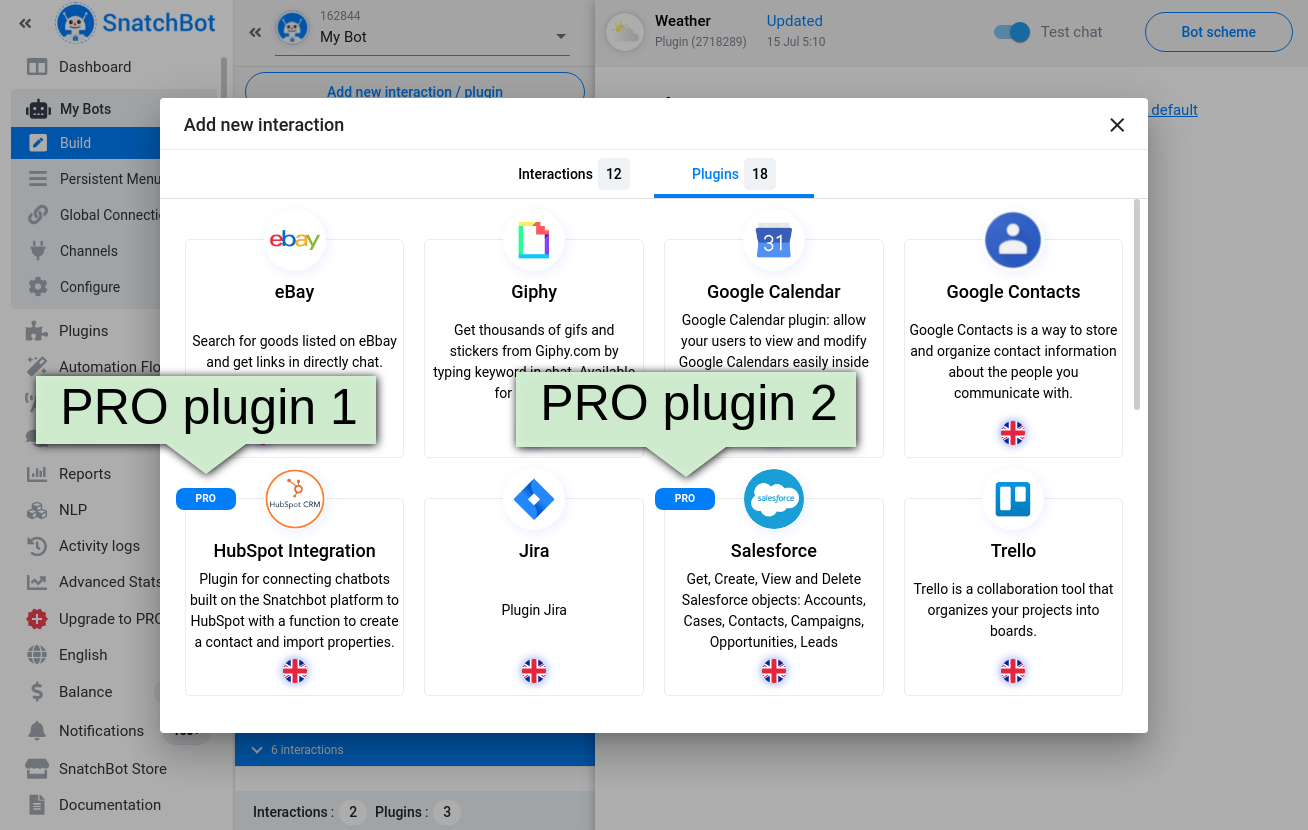 1. If Pro subscription of your bot is over or Pro messages are run out and if there are no funds to prolong the subscription, then the system will automatically remove all connections that lead to the Pro plugins, so the user won’t be able to use them.
The bot owner will get two notifications about that: on the email and in the interface.

Renew to PRO (Renew): open the PRO plan tab.
Reset to default: discard the changes made in the plugin and restore the initial added version.

You will lose all changes you've made in the current version of the plugin.

Update plugin: upload the latest approved version of the plugin.

You will lose all changes you've made in the current version

2. If you try to export a bot, which contains a Pro plugin, and import it to the NoPro bot, then the plugin won’t be available in the second bot. The plugin cell will be colored red and you will see the following message: “This plugin is Pro and is inactive because the bot doesn't have Pro status. Click here to manage bot Pro settings”.

The behavior is the same for copying the bot.

Once the status of the bot is Pro, then the Pro plugins will become available again.

Removed connections to the plugin won’t be automatically restored.

If the Pro plugin is set as the first interaction, then this plugin will be ignored and the first bot interaction (or Free plugin) in the list will be triggered.