There are 3 connection types: Simple connections, NLP Connections, and Fallback connections. Also, you customers can use buttons in the Text and Gallery cards to move to other interactions.

When you create Quick Replies you can optionally add a Simple connection. This will speed up the connection creation process.

To create a connection, choose the interaction that you want to connect the other interactions. Open the Connections tab and click Add Connection. The connection settings will appear:

Now you need to select the item, condition, set keywords (or compare argument), and the result interaction.

You will see that the Connection takes the form of an 'if-then' statement. For example, if...

Fallback is another type of connections. When none of the conditions you have defined are met after a user’s response, the Fallback interaction is triggered.

By default it is set to "do nothing", which will repeat the current interaction, but
you can choose an interaction to fall back to: 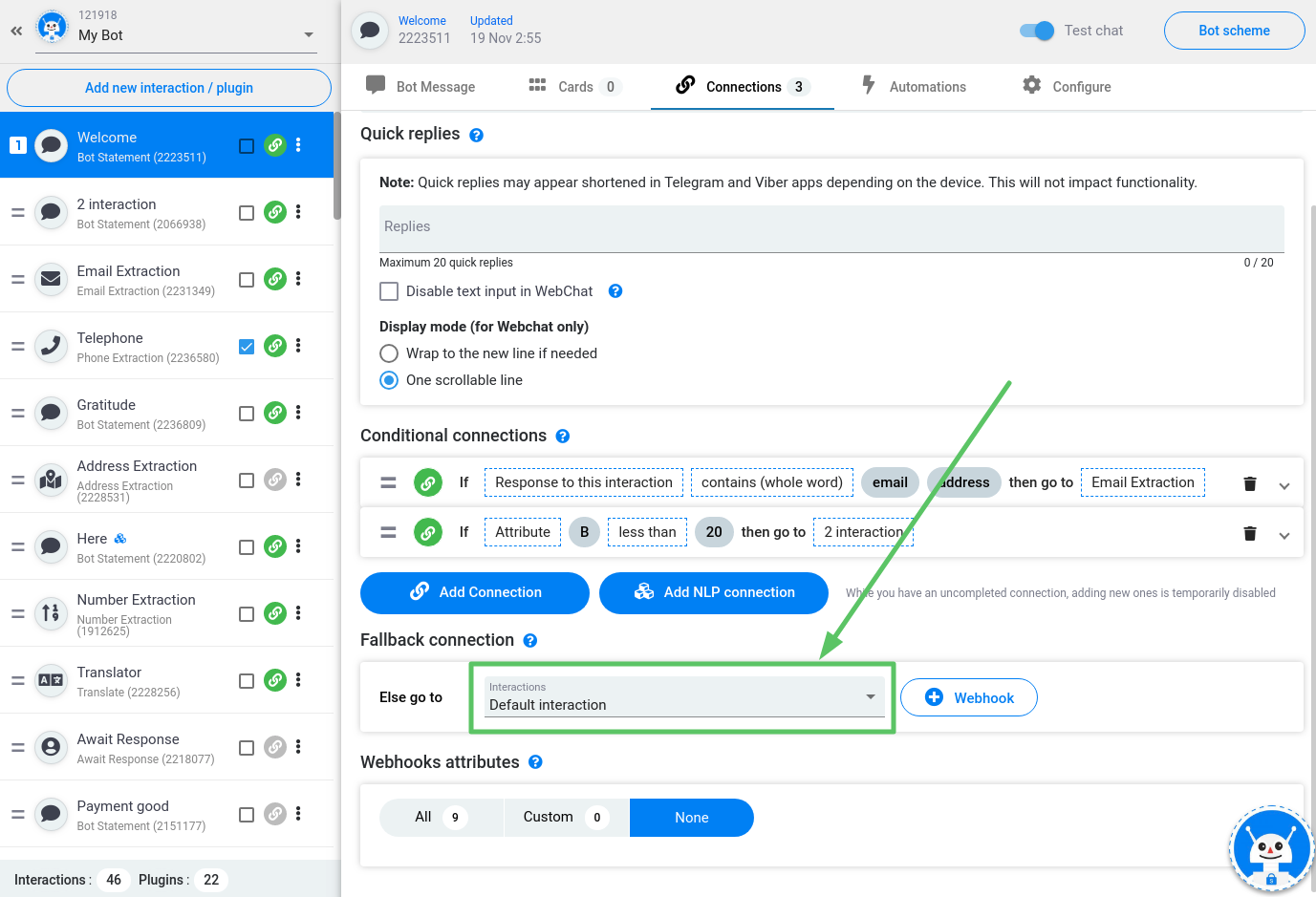 How do connections work?

Let us show how connections work with a simple example. First, we create a Bot Statement as an introductory interaction filling the bot’s message with something like “Hello! How are you doing?”

This would result in the following dialog:

You can set up a webhook in the fallback. A webhook is a notification about an event that happened in the conversation. In the webhook field, you have to specify a URL to which a notification with data will be sent. The notification contains the time, user id number and text of the message.
Also, you can select specific attributes in the“Webhook Attributes” drop-down menu:

Each webhook attribute, set in an interaction, automatically gets set up for the fallback and for each connection in the interaction.

If there are Global connections in the bot, then you will see the following indicator in the Connections tab:

If you delete the interaction which is set up in the “then go to” field from the structure of the bot, then you will see the following alert::

If you delete the NLP model which is set up in the “NLP model” field, then you will see the following alert:

Watch this video tutorial ''Connections in the SnatchBot platform''

Give the possibility to direct the bot to the needed subject at any point of the conversation.