In all the interactions of the plugin, you can edit all the elements in all the tabs. It should be noted that in the Extended API interaction editing some elements set by the plugin creator can be restricted (for example, URL and keys for third-party services where the plugin requests are sent can be inaccessible for editing). 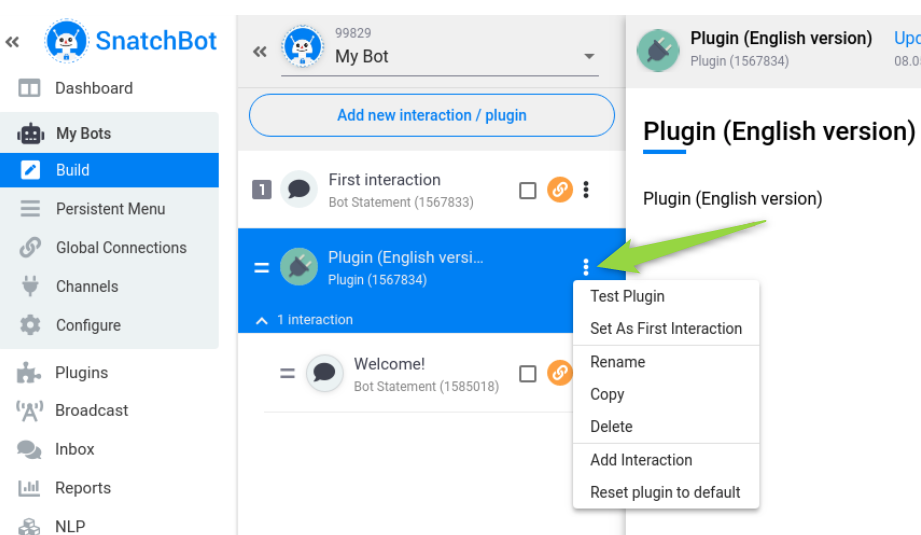 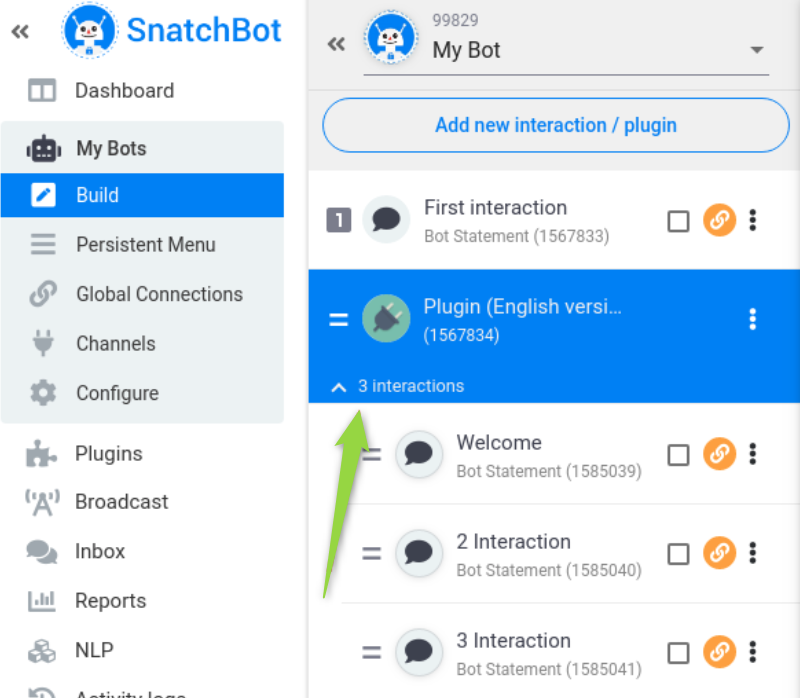 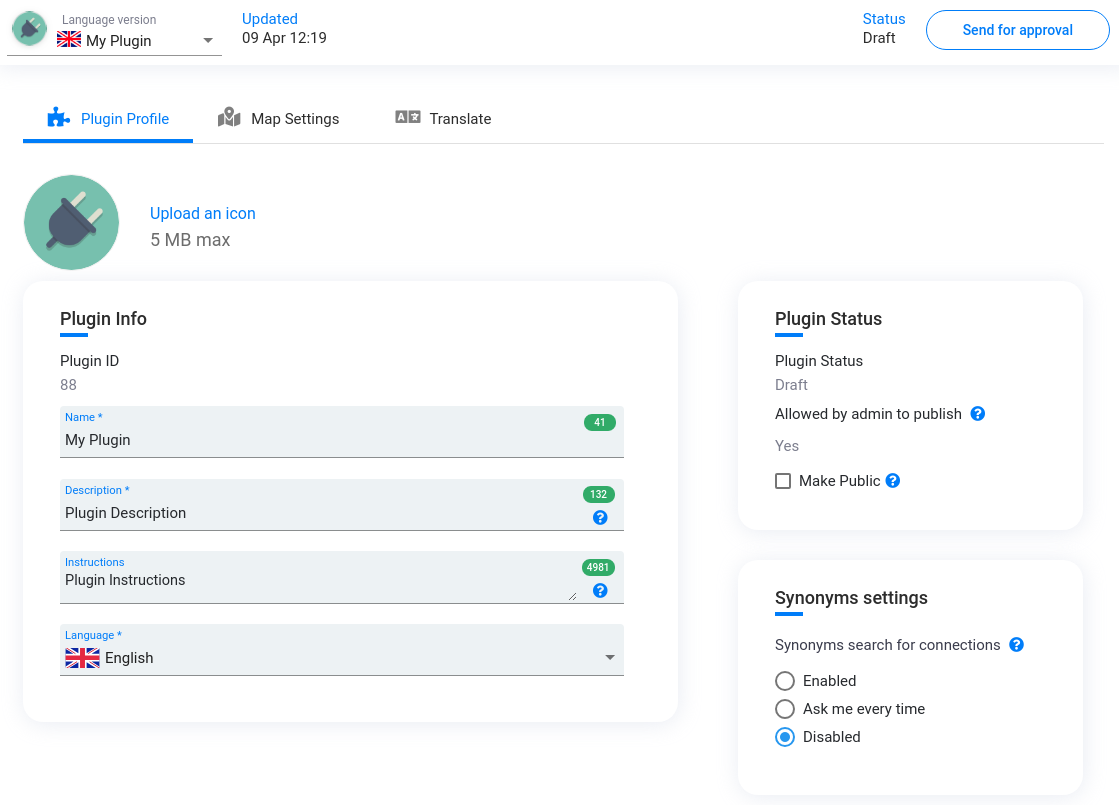 The tab contains the following fields and elements:
Plugin Info

There are 3 conditions that make the plugin available in the “Add plugin list”:

In other words, a plugin will be in public access only under the following conditions:

If a user wants to use their plugin by themselves and restrict access of the other users to it, the plugin should be in the following state:

As in the Bot Configure section, you can configure default settings for the Translate and Collect Address interactions for your plugin. If you add such interactions on the Build page of your plugin, you will no longer need to enter the API keys again.

API keys from the Profile section won’t be applied to your plugins. 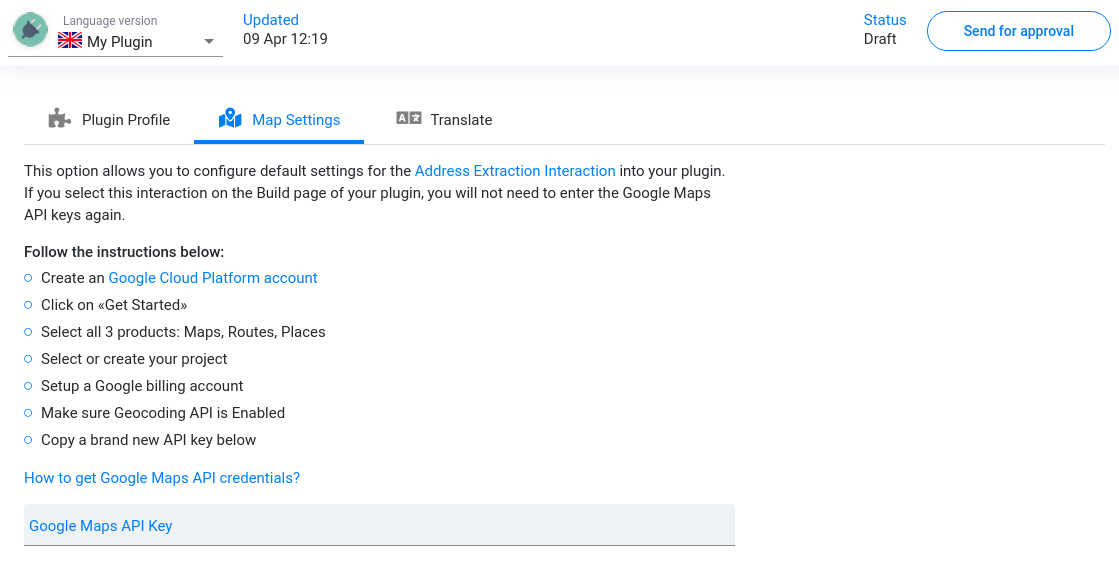