The user is meant to translate the texts of all the interactions for each language manually.
To create a language version of plugin one should click the “Additional options” button (three dots) and choose “Add new language version”: 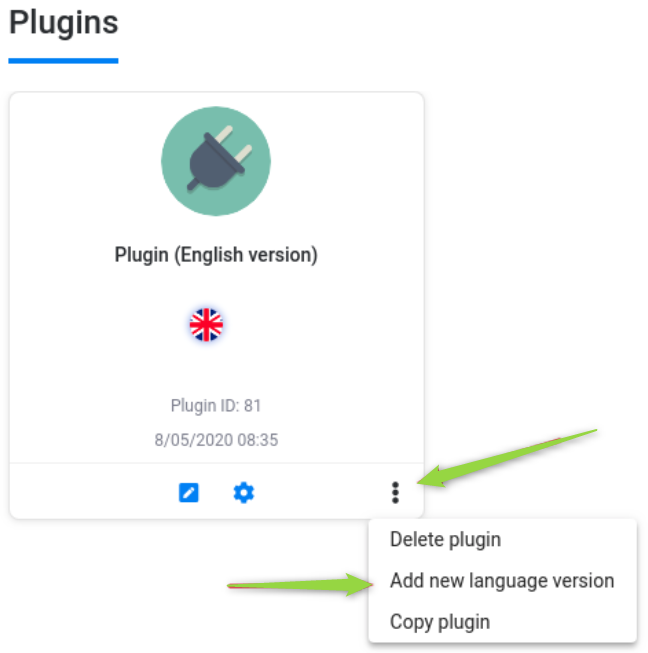 When clicked, the pop-up window for adding a new plugin will open. In such a case the “Image” field is disabled and pre-filled under parent-plugin. The “Plugin Language” field lacks the languages which are already used in this multi-language plugin. When you click on the “Create” button, the original plugin will be copied. In the multi-language plugin card the flag of a new language will appear: 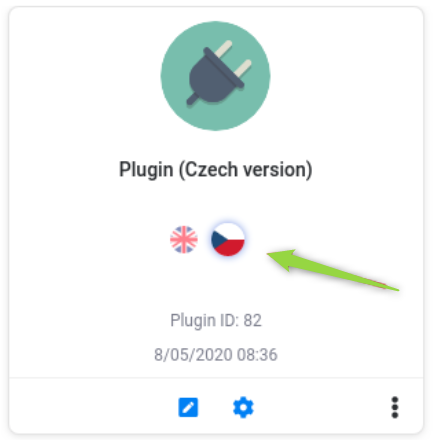 The flag icon of the selected plugin is bright: 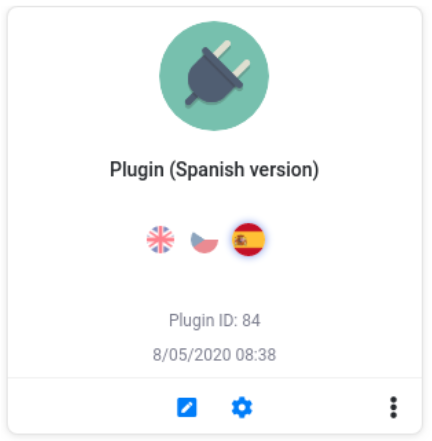 If there are 2 and more plugins in a multi-language plugin, the user gets an opportunity to switch between the plugins and to interact with each of them: delete, open the settings (Build, Configure), create the new language version.

You can add as many multi-language plugins, as you need

When you copy a plugin, a new separated plugin will be created. Such plugins will not belong to the multi-language plugin group.

When a certain language is chosen (the flag icon is bigger and bright), all the actions will be applied to this plugin version only, including deleting.

This is the way to create several different plugins with different languages. And along with this, every language version will have its name, ID, and if the user wants, even its own (unique) structure of interactions.

One can quickly switch between language versions of one plugin using the drop-down which is located above the ‘Add new interaction’ button (Plugins→Build) or in the header of the ‘Configure’ section (Plugins→Configure): 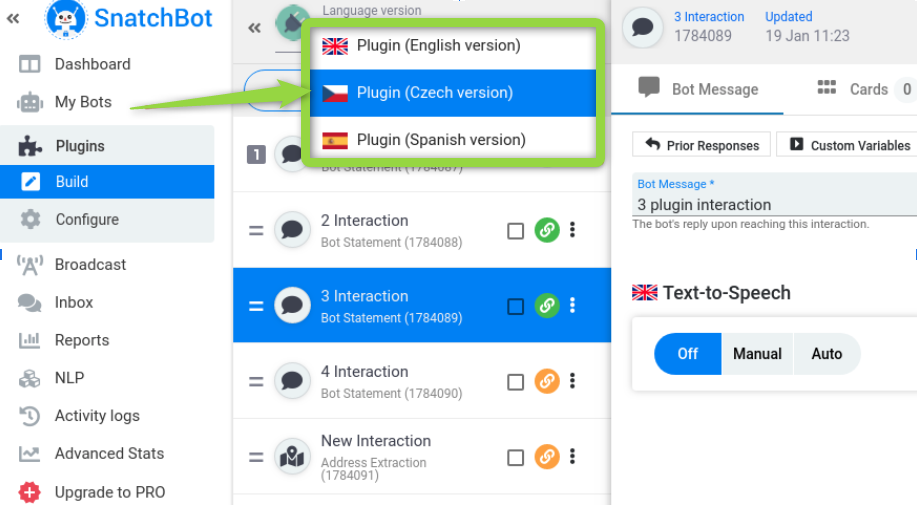